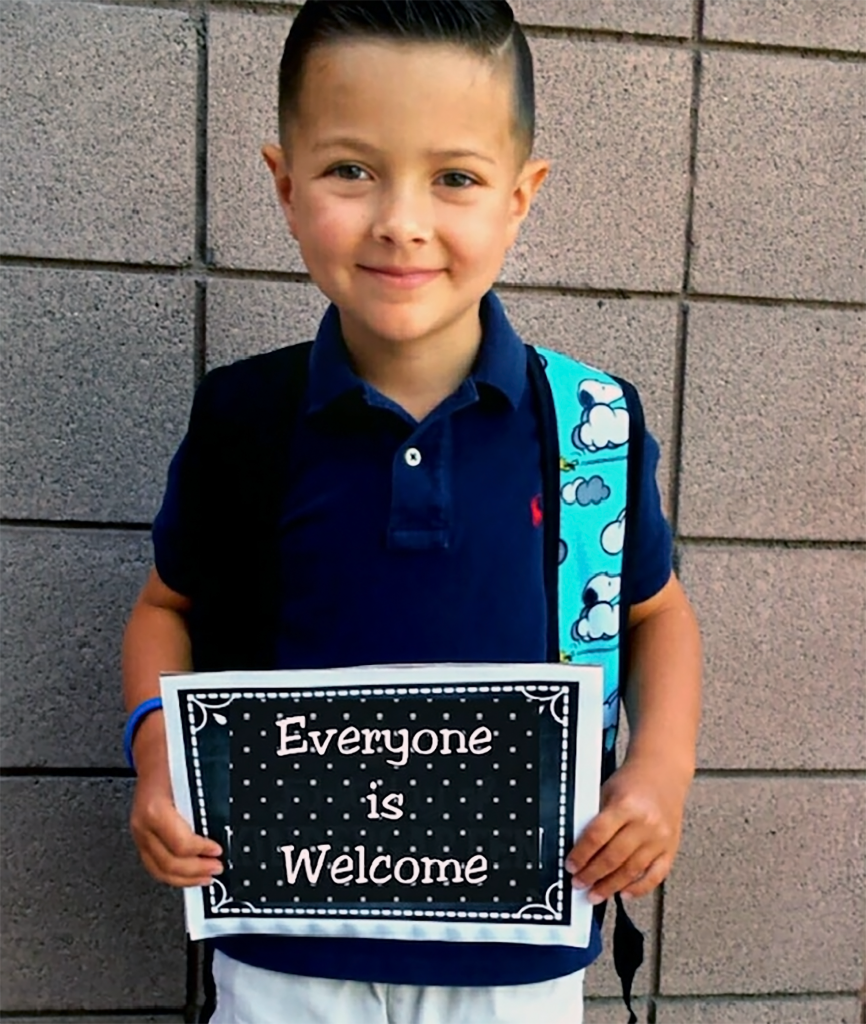 It should come as no surprise that Heather Raasveld is an EMT, a first responder, the kind of hero we look for in times of need. Her instincts are to be helpful and compassionate. Perhaps that’s where it starts with the Raasvelds–a DNA thing born of two loving parents, who both model and encourage empathy and action for their children.

Empathy and action are clearly at work when the Raasvelds provide foster care for rescue pups. As an animal lover myself, I asked Heather if they’ve ever kept a dog. She answered, “No, the kids understand that every dog we foster gets a chance to be adopted by a loving family, and the more we foster, the more find their forever homes.

The idea of “more” took on a new meaning when after a successful report card, Hudson asked if he could foster a “wiener” dog as a reward. Heather and Bob agreed and set about finding a dog through the Vegas Pet Project. When the wiener dog was found, they made a 100-mile trek to pick up the dog. However, when they arrived in Bullhead City, AZ, they weren’t picking up one dachshund, it was a litter of 6 puppies! A bit overwhelmed, Hudson’s parents took a deep breath and said yes. Because the puppies were taken too early from their mother, the family took turns bottle feeding them and attending to their needs. In addition to that, by the end of their stay with the Raasvelds, Hudson had taught each pup to sit, stay, and politely ask for a treat. “The fostering teaches the children responsibility and compassion. I’m very proud of them.”

While we’ve learned a great deal about Hudson, he has a little sister who is a force of goodness in her own right. Last year, while driving together as a family, they began discussing the next Hudson’s Inclusive Birthday event, his little sister, a then 4-year old Winter spoke up. “I have an idea too!” That idea became Project Blue Bear, a system of collecting new or gently used plush toys for first responders to share with frightened or traumatized children. The fact that this idea came from the mind of a preschooler is amazing to me, but not surprising given her last name. The program, currently suspended during the COVID-19 outbreak, will continue to provide comfort to little ones once it’s safe to resume the kindness.

Last year Heather realized a goal of her own. As a first responder, she wanted to use her connections to orchestrate a special experience for the pediatric care units at Las Vegas hospitals. With her supervisor’s blessing and support, she was able to coordinate “Lights of Love.” Lights of Love distributes flashlights to hospitalized children during the holiday season. On an appointed evening, the children are brought to their windows and told to turn on their flashlights. Once their signal is received, a collection of police, fire, and EMTs quietly gathered in the parking lot below, flashback with a colorful array of light and sound. Lights of Love has been warmly received by families affected by holiday hospitalization, and the first responders have been touched in equal measure by the children’s joy. Heather added, “We want to let them know we’re there for them. As first responders that’s what we do—if you call, we’ll be there to help.”

The word help has never been more important than it is today—be it a noun or verb. I would challenge each and every one of us to explore what can be done to help. From simple to grand, every gesture makes our world a better place.  Be the first to respond to a neighbor’s need, a senior’s isolation, a friend’s stress, or a child’s fear. You don’t have to be a remarkable kid or a person in uniform to be a hero.